Sydney is home to many different highly prized recreational sports fish and we are able to tailor your trip personally to get you hooked up with the species of your choice.

Some of the most popular species we target are listed below. If you have any specific requests that are not shown below, please get in contact and we will be happy to accomodate your request.

This is one of the most targeted sports fish in Sydney waters. These guys can be fished many different ways,  and if you hook up with a larger model, you will be in for a real test. 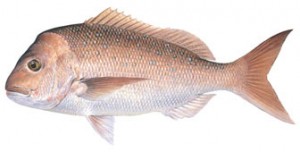 One of our favourite species ,  snapper fishing is very popular in the winter/spring through to early summer season. While not as prolific in the larger sizes , as say Kingfish , they are a real challenge and a trophy size Snapper is a real angling achievement. We expect to see the best numbers of Big Reds beginning to show up in the Sept/Oct period , with good fish in 70cm+ range.

Summer season, Mulloway are highly sort after in the summer months and Sydney Harbour can produce some great fishing at this time , we target these on both lures and bait.

Sporting: Strong fish that marks a hard first run, but slows easily after

Luderick are another great table fish that can be had in good numbers year round in Sydney although winter time is their best  time , we generally use a technique that is a little “outside the box” for these but has proven deadly.

Angling for Luderick has a ‘cult-like’ following , can be very addictive and caught all year round , with the peak time in winter months.

Sporting: A challenging fish due to the specialised gear and techniques required.

Spring through late summer , we target these with both lures and bait with the largest fish taken on bait , an excellent table fish , they are more commonly caught during the summer months , although good numbers can be taken offshore in the deeper waters during winter. 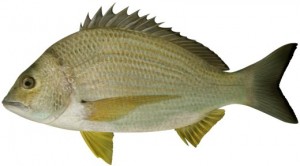 All year round , April/May peak time , we target these again with a bit of an “outside the box” technique , generally in very shallow water , often a metre or less … this technique has proven to take the larger fish with specimens over 40cm regularly caught.

Tailor are a common fish in the system during the summer months & into autumn. They take baits & lures readily & put up a good fight.  The average fish taken in the harbour would probably be about a kilo but schools of larger fish can turn up anytime. Bigger fish are more common offshore.

Sporting: A toothy hard fighting fish, be careful on the nylon line

Best in winter , these are a powerful and hard fighting fish that are found in the wash zones around the rocky headlands and will test your skill every time.

Sporting: A strong, powerful fighting fish. They fight hard and can be a real challenge to land. 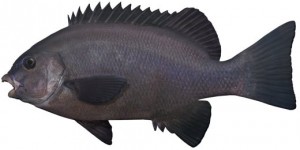 Also all year round , but best in the Winter months , Black Drummer is one of the toughest and dirtiest fighting fish you can hook on to in Sydney waters. Usually caught in shallow waters around the washes, these guys will shoot straight for the rocks the moment you hook up and if you don’t halt the first run, you will likely lose the fish. We are the best of the  Sydney fishing charters that offer wash fishing trips targeting Black Drummer and once you are hooked up with one of these bruisers you will understand why this is one of Sydney’s best kept secrets.

Commonly grow to 40cm but can get up 70cm in the Sydney area. These are great fun on light gear and make great sashimi if you like it raw !

The second fish featured on our logo and possibly our favourite target species. They turn up each summertime when the water temperature rises and provide no end of fun on the lighter gear. Incredible blue/green flashes in the water and dramatic leaps when you hook up , great eating , they tick all the boxes.

Sporting: A highly sought after, powerful fighting fish that makes dramatic jumps out of the water. Very good sporting quality, one of the best

Commonly mistaken with jewfish, teraglin are only caught around offshore reefs, not from beaches or in estuaries. During the day teraglin reside near the ocean floor, but rise towards the surface to feed during the night. Teraglin is a notable eating fish. Common name: trag.

For more information on fish in NSW, check out The Department of Primary Industries